A conversation between two freelancers about the negative aspects of self employment and unpaid, freelance, precarious, and/or contract work.
stress
capitalism
individualism
unions
work
"We've now lived in the current world system (or variations on it) for quite some time. The system is run by the wealthy elite and relieve heavily on outdate religious beliefs and is based on financial wealth. With the same system now firmly in place for as long as this one has been, we can analyze it and see that the combination of monetary and religious influence results in a corrupt system where the population are kept working as slaves to corrupt governments and political powers. This is very much the same system that has dominated our planet now for centuries. However, an important thread has managed to survive through the decades: the power of written word.
politics
Indigenous knowledge
colonialism
capitalism
globalization
financial institutions
race
feminism
capitalism
globalization 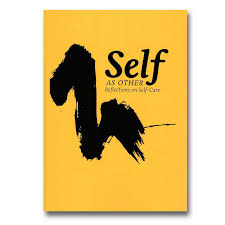 What Happened to Higher Education?
Prime is Slime! Fuck Amazon
Born Inside a Mountain
Merry & Bright: A Queer Christmas Survival Guide
Feeding the Masses
Fuck the Police Means We Don't Act Like Cops to Each Other
Fucking Magic # 11
Fucking Magic # 10
Dandelion: Migration is beautiful
Thou Shalt Not Talk about the White Boys' Club: Challenging the Unwritten Rules of Punk (2nd edition)
END_OF_DOCUMENT_TOKEN_TO_BE_REPLACED
Powered by Drupal