"We started this zine in the hot steamy summer of 2015 in Yasmin's Montreal apartment eating pizza sold by a creepy Haitian dude (who was intensely fetishizing us, going on and on about pretty east african girls *insert Drake quote*).

Since the day we met, we always had so much to say and share about our realities as two Somali girls born and raised in the shitty settler colony of Canada. From angsty diasporic woes to angry ruminations on sex and patriarchy (between bouts of turning up to future) and so much more.

Somali Semantics is a body of work borne out of these conversations- and a desperate need to see our narratives represented. In the same vein, we wanted to be able to connect with other young Somali women who have probably been engaging with similar realities."
trauma
consent
Africa
Information about sexual consent
consent 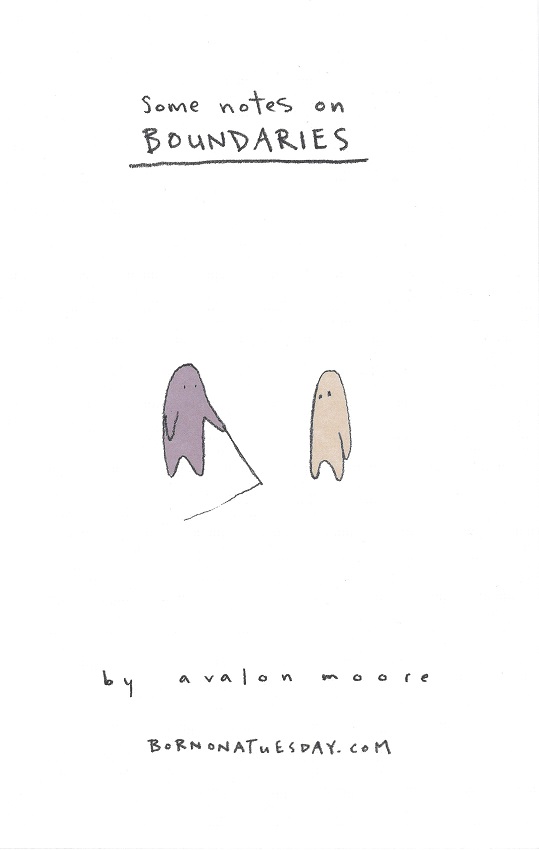 "and the thing is, it sometimes is a bit extreme! but usually if you look along a timeline, it can begin to seem more understandable" (title text from https://bornonatuesday.com/comic/242/)
webcomics
consent
trauma 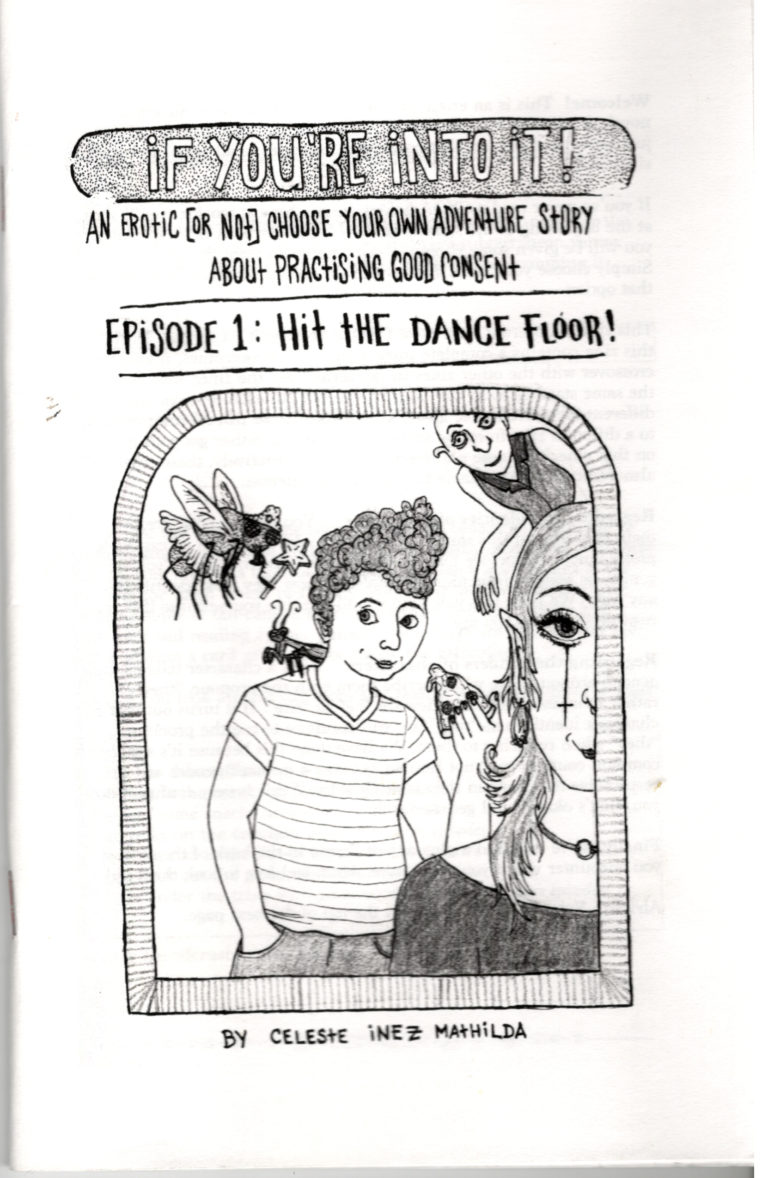 An erotic [or not] choose-your-own-adventure story about practising good consent.
consent
A compilation of pieces by London-based queers about feeling left out or alienated by discourses of sex positivity, and feeling pressured to feel/perform desire and be (or be seen to be) sexually active.
asexual
queer
sexual practices
polyamory
consent
gender
consent
gay sex
"An Anarchist is someone who rejects the domination of one person or class of people over another. Anarchism is a very broad umbrella term for a group of political philosophies that are based on the idea that we can live as anarchists. We anarchists want a world without nations, governments, capitalism, racism, sexism, homophobia... without any of the numerous, intersecting systems of domination the world bears the weight of today.
There is no single perfect expression of anarchism, because anarchism is a network of ideas instead of a single dogmatic philosophy. And we quite prefer it that way."
anti-capitalism
social class
capitalism
direct action
anarchist history
consent
consensus
laws
economy
anarchism
Interviews with Toby Zoates, Juliet November, and Regrette Etcetera
prison abolition
BDSM
consent
squatting
Australia
community accountability
Iceland
political organizing
A very rad one page tri-fold pamphlet that helps open honest communication about sex and consent. Free to copy and distribute.
safety
consent
health
radical communities

"Cindy Crabb's new book The Encyclopedia of Doris offers stories, essays and interviews from 2001 to 2011. Inside are issues 19-28 of the beloved adn internationally distributed, feminist, autobiographical zine Doris, along with a bunch of never before published writing." (from the back).
travel
punk
creativity
feminism
abortion
anarchism
queer identity
death
consent
community
shyness
addiction
Subscribe to consent

What Happened to Higher Education?
Prime is Slime! Fuck Amazon
Born Inside a Mountain
Merry & Bright: A Queer Christmas Survival Guide
Feeding the Masses
Fuck the Police Means We Don't Act Like Cops to Each Other
Fucking Magic # 11
Fucking Magic # 10
Dandelion: Migration is beautiful
Thou Shalt Not Talk about the White Boys' Club: Challenging the Unwritten Rules of Punk (2nd edition)
END_OF_DOCUMENT_TOKEN_TO_BE_REPLACED
Powered by Drupal